You are here: Home » Best Acoustic Guitar Covers: My Top 5 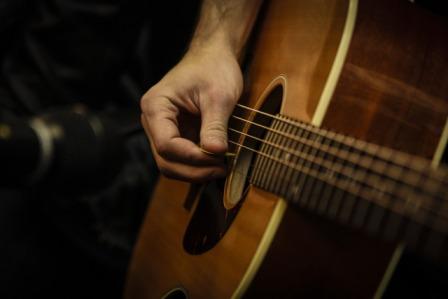 I heard?an acoustic version of Thunderstuck by AC/DC (see #4 below) and It made me think that this website needed a list of the best acoustic guitar covers.

So I have created my top 5 in the list below. The focus of the list is based around:

In no particular order:

O.k. so I know the title of this post says “top 5” but after I heard this arrangement of Michael Jackson’s Beat it, I couldn’t help myself – I had to add it in.

I suspect this will eventually resemble nothing close to a top 5!

My focus for this list was on the guitar work – and this is the only one on the list with vocals. But I felt it earned a place. One guy playing this trip-hop classic with just him and his acoustic is pretty impressive!

Not sure how he gets that reverberation out of his guitar for the percussive parts – maybe something to do with the room that he?s playing in?

This isn?t the?last time this?talented Italian musician?appears on this list. In fact, I was tempted to put him at #1 and #2 but I felt the balance of the list was better splitting them up – but I just couldn?t leave either of them off the list.

And as if this wasn?t skilful enough watch out for around 1 minute 10 secs into the video – the dude starts walking as he?s playing!

What’s perhaps even more unbelievable is that?Luca is only 23 years old!

I once learned the intro to this song and loved playing it (must re-learn it the way this guy plays it!) but I always got stuck after the intro – when playing without a band and without any singing it gets a bit fiddly after the intro.

But the way this guy has arranged it has really bought out the original song in a fingertsyle arrangement that sounds really awesome with just the one guitar.

What can I say! I have a whole new appreciation for this song now.

Brings through the funkiness of the song and adds his own flavour. Great arrangement, some immense skill and brilliantly brings out the emotion and the rhythm of the original – all on the one instrument.

Song: Last of the Mohicans

The second appearance for Luca Straglioni on this list is a cover of the theme from the movie Last of the Mohicans.

I?m a little embarrassed to say that this actually brought tears to my eyes the first time I heard it – in amidst huge admiration for the share skill of this guy.

What do you Think?

What are the best acoustic guitar covers you?ve heard? Anything you think that could top any of the one?s in this list. Let your opinion be know in the comments below.