You are here: Home » Can You Use Acoustic Guitar Strings on an Electric Guitar?

Are acoustic and electric guitar strings the same? Let’s look at some of the key differences between these string types.

Wound Strings – On most acoustic guitars, only the first and second strings (high E and B strings) are unwound. But on most electrics, the first three strings are unwound. The extra unwound string makes the guitar faster and easier to play — ideal for fast solos and intricate runs.

What Strings Do Electric Guitars Use?

However, if a material that can be magnetized (like steel) moves in a way that disturbs the field, you get a sound. This is a very simple explanation, but it gives you the general idea of how these guitars produce sound.

For that reason, electric guitars use strings that are made of magnetically reactive (ferromagnetic) materials. The strings usually have a steel core, and wrapped strings often use nickel wrapping. Cobalt is a less commonly used metal that tends to have a greater frequency response than either nickel or steel.

What Happens if You Put Acoustic Guitar Strings on an Electric Guitar? 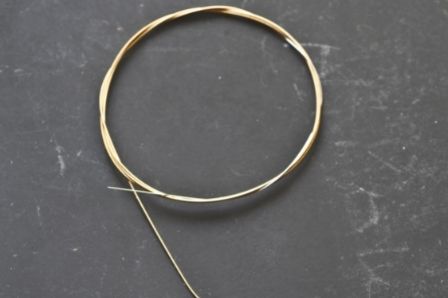 So, back to the main question: can you put acoustic strings on an electric guitar? The short answer is that you technically can, but you probably shouldn’t. The reasoning comes down to the sound. Recall that you need a material that can be magnetized to disturb the magnetic field created by an electric guitar’s pickups. Steel is magnetically reactive, so the high E and B acoustic strings will likely sound fine.

However, in most sets of acoustic guitar strings, the other four strings are wrapped in bronze or another material that is not magnetically reactive. These strings do have a steel core, so they will disturb the magnetic field somewhat. But because they are wrapped, that disturbance will be minimal. The result is a quieter, less dynamic sound than the sound you get from the highest two strings.

So what happens if you put acoustic guitar strings on an electric guitar? You will get some sound. And depending on your tastes, you might find it interesting or even pleasant. The sound from the lower, more heavily wrapped strings is muted and a little thumpy, making the guitar sound a bit like a bass.

But the main problem is the uneven response. The all-steel first and second strings will give you a loud, clear sound with plenty of nuance. The wrapped strings will sound quieter and relatively flat.

You may also find that playability becomes compromised. Having four wound strings instead of three makes sliding and even fretting more difficult. You’re much better off sticking to electric guitar strings (and not wasting a perfectly good set of acoustic strings!).

Are Electric and Acoustic Strings Interchangeable? 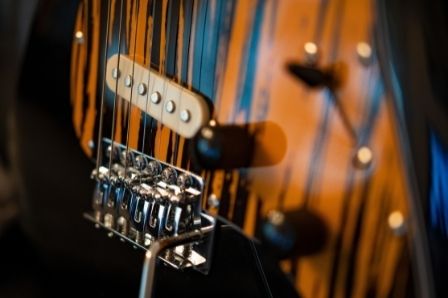 What About Nylon Acoustic Guitar Strings?

Thus far, when talking about acoustic guitar strings, we’ve primarily been referencing strings for steel-string acoustic guitars. But can you put nylon acoustic strings on an electric guitar?

The answer to this one is no. All steel strings for acoustic guitars have a steel core, even if that core is wrapped in bronze or an alloy. The steel strings are magnetically reactive. Nylon strings contain no metal at all. So if you put a set on your electric guitar, they will not disturb the magnetic field around the pickups. If you strum something unplugged, you’ll probably hear some very slight acoustic sound. But if you try to play through an amplifier, you get no sound at all.

What About Acoustic-Electric Guitar Strings?

Is Electric or Acoustic Guitar Better for Beginners?

Thinking about how different types of strings shape a guitar’s sound is certainly interesting. But what if you’re a beginner still deciding what type of guitar to learn on? Which one should you choose?

The truth is that either an acoustic or an electric guitar can be great to learn on. Electric guitars tend to have thinner necks and lower action (meaning that strings are closer to the frets), so they’re physically easier to play. But acoustic guitars tend to be a better initial investment — you don’t need to worry about buying an amp and cable. It’s worth noting that it’s much easier to move to playing electric after playing acoustic than vice versa.

Ultimately, the choice is up to you. Take the type of music you want to play into account, and don’t forget to ask a guitar teacher or musically knowledgeable friend for advice on selecting your first guitar. 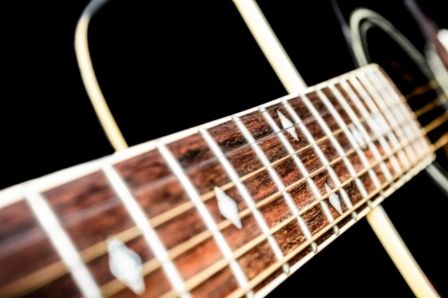 Are acoustic and electric guitar strings the same? Not at all. Acoustic strings on an electric guitar create an interesting sound, but we don’t recommend stringing up your electric with acoustic strings. There’s so much volume and tonal difference between the wrapped and unwrapped strings that you’ll probably find that making the swap really isn’t worth it.