You are here: Home » How Many Frets on a Guitar? [Answered]

Are you itching to finally get an objective answer of how many frets on a guitar once and for all? Are you often left in the dark at night wondering just how many frets there are on an acoustic guitar or an electric guitar on average? Are you simply interested in learning what the number of frets means for the tone of a guitar in general?

Well you have found yourself in the right place, for today we will be exploring with you the number of frets you might expect to come across on an acoustic guitar and an electric guitar, as well as why the number of frets is so important in the first place!

Contents hide
1 What is a Fret?
2 Is the Number of Frets Important?
3 Acoustic Guitar Frets
4 Electric Guitar Frets
5 Why are Frets so Special?
6 Final Tones
7 FAQs How Many Frets on a Guitar

What is a Fret?

Anyone who has ever laid eyes on a guitar – whether acoustic guitars or electric guitars – will have at least seen frets. They are the raised metal bars that you can see on the long neck of the guitar which, when pressed down with the fingers, will sound out the desired note within the boundaries created by the bars of the frets, like some image of bucolic bliss. As a general rule, most modern guitars have somewhere between 19-24 frets, and there is a difference between electric and acoustic guitars.

Depending on the number of frets and where your finger is pressing down on the fretboard – whether of an acoustic guitar, electric guitar, or classical guitar – the strings are effectively being shortened, or at least the distance between the bridge and the new nut that you are creating is. This same logic is very much applied to barre chords and the use of a capo chart, both of which change this length, however permanently.

Is the Number of Frets Important?

Though this is obviously a matter of opinion, I might suggest that even those who do not feel that the number of frets is important would be willing to accept why this might matter to some others who play in different styles of music or guitar, for example.

The obvious must be tackled, as here we put forth the idea that fewer frets simply means less notes to play. This is very much inherently the case for steel stringed acoustic guitars, who by their very construction are installed with fewer frets to begin with and / or have a guitar body shape that makes access to the higher frets more difficult.

For some kinds of music, like gypsy jazz or metal and the like, access to these upper echelons of the pitch range are of the utmost importance, and any guitarist attempting to play these styles on a guitar that cannot do the job faces ridicule to the utmost degree.

It is believed that electric guitars with 22 frets offer a deeper and warmer sound than some others precisely because of their configuration of frets, as well as for the fact that they tend to have a shorter neck with a bridge pickup and neck pickup that are spaced further apart.

By contrast, to play acoustic guitars or classical guitars means that there is inherently going to be sharper frequencies at play, regardless of whether there is a pickup involved. This is of course less the case for a classical guitar, whose nylon strings prevent the frequencies from becoming too sharp.

Besides, this guitarist is literally constructed for this reason, for the use of the mellower strings that have more in common with a medieval lute than an electric guitar that is constructed for playing metal music. 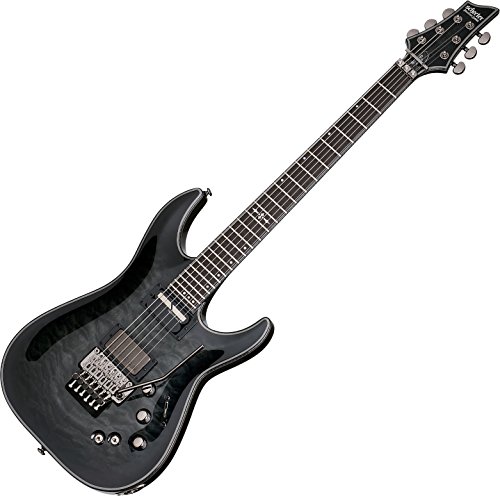 More often than not the number of frets on an acoustic guitar will be less than on an electric guitar. On classical and flamenco guitars the neck meets the body at the 12th fret, and since there is not usually a soundhole, reaching the upper frets is rendered difficult if not impossible.

My own acoustic guitar, for example, is a parlor guitar by those wizards over at Takamine that has around 21 frets but is inhibited considerably by the shape.

The typical dreadnought shape is built so as to accommodate explorations of the upper echelons of pitch, allowing plenty of room for the guitarist in question to move and to explore as they wish via a mellow and rounded cutaway on the underside of the body near the fretboard.

A parlor guitar shape, by contrast, does not have any such cutaway shape, meaning the body begins to encroach on the freedom of the guitarist in the upper echelons of pitch from around the 12th fret mark. This makes progressing past this point far more difficult than it might otherwise be unless you intend to become a contortionist of sorts.

Even the soundhole can have an impact on precisely where the frets range to, with many classical guitars being burdened by a soundhole which has the effect of ending the fretboard at around the 18th or 19th fret – before it has even begun in the eyes of a metal guitarist! 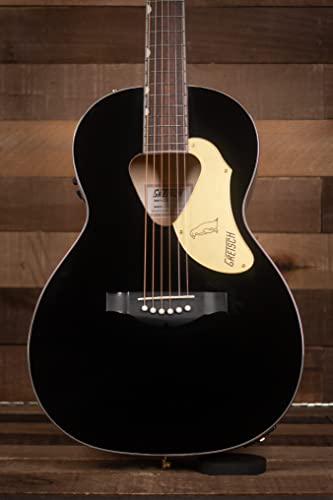 By contrast, the electric guitar is likely to be considerably more well endowed with frets than its acoustic guitar counterparts. On average, a modern electric guitar is going to be installed with at least 21 frets, though this can sometimes even extend to 24 frets (that is two whole octaves of frets!) and beyond.

Granted, some guitar shapes will welcome exploration into the upper ranges of the guitar’s pitches more than others, though these days there are less and less guitars like this, that inhibit exploration like so more than they encourage it.

Since the electric guitar’s inception in the 1950s, there has been a gradual shift towards the more experimental tendencies of some electric guitar users. Even rockabilly guitarists like Les Paul himself would have been considered daring and experimental at one point or another, what with his pitch and speed experiments on tape that enabled him to play as fast as he could ever have dreamed of.

On average, a Gibson guitar is going to have slightly fewer frets than a Fender guitar. A Les Paul or an SG will have a shorter scale length, typically implying fewer frets, even if that only means a few. A Fender Jazzmaster, on the other hand, is famed for its longer scale length.

My own Fender Jazzmaster, for instance, is well endowed with around 22 frets (it is in the other room and I cannot bring myself to get up and check just yet). 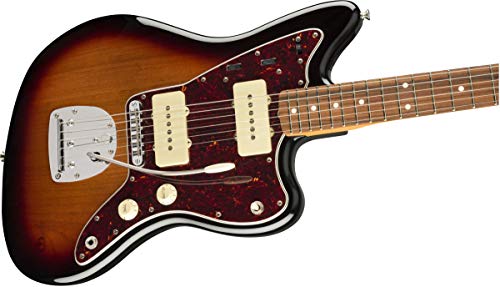 Why are Frets so Special?

If you are quite used to the guitar, then it might not appear readily evident what makes them so special. Some instruments simply do not have them whatsoever – i.e. the piano, any woodwind or brass instrument.

This is something that a piano, a woodwind instrument, or a brass instrument simply could not do. Thus, part of the pull of an instrument like a guitar is how easily playing styles can be adapted all over the fretboard, because there is bound to be a repeat of a note that you need not far from where your fingers already are on the fretboard.

And yet, because of the inherent downfalls of a guitar, where the intonation can never be quite perfect, each duplicate of a note will proffer forth specific tonal qualities that can be called upon easily and succinctly by a guitarist for whom the most minute changes in timbre and tone are their currency. 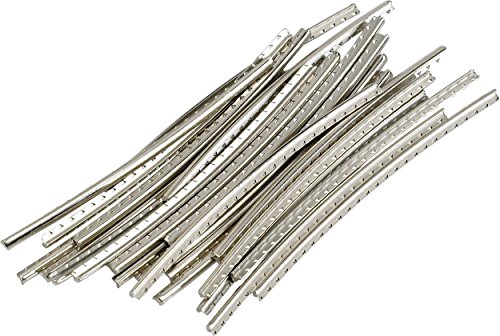 So, there you have it! Hopefully your various curiosities regardings the number of frets on an average guitar have been satiated. Remember, that the number of frets on a guitar is meaningless without you, the guitarist who is scheduled to set those frets alight with your raw majestic mastery sooner or later. Certainly, some styles need more frets, but you can make it work no matter what if you work hard enough and believe hard enough in the parameters of your form.

FAQs How Many Frets on a Guitar

How many frets do normal guitars have?

There is not one standardized number of frets that a so called normal guitar is designated to have, rather there are a whole bunch of different amounts depending largely on the type of guitar and its intended purposes. An acoustic guitar, for instance, is likely to have fewer frets owing to the quirks in its construction, while inversely an electric guitar is likely to have more.

No one needs anything aside from water, food, and shelter. It will all depend on the type of music you intend to play. A metal guitarist, for example, will be more likely to ‘need’ a 24 fret guitar as there are far more high pitched runs in this style of music than in others like country. If, inversely, you are simply wanting a guitar to strum along to some songs, then a 24 fret guitar might even be too much for your purposes.

How many frets does a standard acoustic guitar have?

There is not one standardized number of frets that a so called standard acoustic guitar is designated to have, rather there are a whole bunch of different amounts depending largely on the type of guitar and its intended purposes. An acoustic guitar is likely to have fewer frets in general owing to the quirks in its construction. For a classical guitar, the number of frets tends to be limited by the presence of the soundhole which rears its head around the 19th fret mark, effectively ending the fretboard, unless you intend to take a plunge into its dark depths.

How many frets should a beginner guitar have?

There is not one standardized number of frets that a beginner guitar is designated to have, rather there are a whole bunch of different amounts depending largely on the type of guitar and its intended purposes. It will largely depend on whether the beginner in question is more interested in learning acoustic guitar or electric guitar (though I might suggest that a lot of the barriers erected between the two styles are purely arbitrary). Acoustic guitars tend to have slightly fewer frets than electric guitars as a rule of thumb owing to quirks in their bodily construction.