You are here: Home » How to Choose the Best Acoustic Guitar Amplifier for You 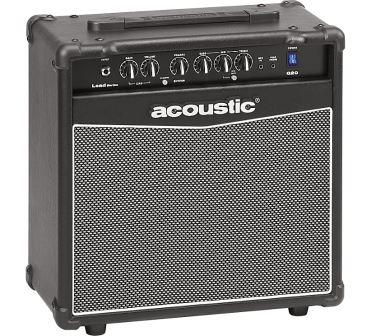 The best acoustic guitar amplifier for you will depend on a number of things, including what you will use it for, your budget and which bells and whistles you need and which you don?t.

Contents hide
1 What?s the Difference Between an Acoustic Amp and an Electric Guitar Amp?
2 What Your Purpose is?
2.1 Practising at home
2.2 Playing to an Intimate Crowd
2.3 Band Practice
2.4 Recording
2.5 A Combination
3 Acoustic Amp Features
3.1 Feedback Control
3.2 Channels and Inputs
3.3 Built-In Effects
3.4 Solid State vs Tube Amps
3.5 Stereo or Mono
3.6 Over to You
3.6.1 Photo Credits

What?s the Difference Between an Acoustic Amp and an Electric Guitar Amp? 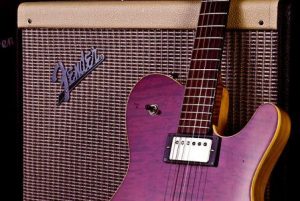 When we think guitar amps, we think large scale stacks of speakers rising majestically in the back drop of a rock god.

O.K. that’s an exaggeration but you get my point.

The acoustic guitar amp is a different beast altogether.

Most electric guitarists are looking for an amp that?s all about compression and something that sounds good distorted and that has the capability of being loud as hell.

So if you?ve decided that an acoustic guitar specific amp is for you let?s see what type of amp will be best suited to your purposes.

What Your Purpose is?

There are different acoustic amps for different purposes. So, whether you just need something for practicing with at home, band practice, playing in a small intimate environment, using for recording or playing a large scale show there?s an acoustic amp out there to suit.

If you just need an amp for practicing at home, there are small compact amps out there that don?t cost too much and don?t produce too much volume.

Sure, you don?t actually have to plug your guitar in when you are playing just by yourself but if you want to practice playing through an amp and trying things out with the EQ, and effects, then it?s a good way to get used to that.

Also, a practice amp might be all you need, if you are jamming with other musician?s where there aren?t any loud instruments involved. For example, if you jam with a pianist, then a practice amp will be loud enough.

Finally, a practice amp is sometimes all you need for a very intimate gig or for busking – just to add a bit of volume.

Playing to an Intimate Crowd

If you play in a small venues like bars and coffee shops, then you might be able to get away with a small practice amp or you might need something slightly bigger – or something that is better quality.

The volume you need will depend on the size of the venues you typically play in, the instruments the other musician?s you play with have (if any) and the purpose of your playing – e.g. is it a show that people are watching or are you there for background music?

50 to 60 watts is probably enough for most small venues but if the venue is slightly bigger or you are playing with a louder instrument like drums, then you may need something slightly larger.

Do you also want to use the amp for vocals? You can get acoustic amps that also have a channel to plug in a vocal mic. This way you can play and sing through the same amp. The guitar and vocal channels are controlled independently so you can adjust volume and EQ etc.

Once you start playing louder, you?ll also want something with feedback control. Your ears won?t appreciate that high-pitch squeal of an acoustic feeding back – and your crowd won?t either!

You won?t necessarily need an amp though. Depending on the setup some guitarists prefer to plug straight into the PA. This is definitely an option. Others prefer to use an amp. In some situations, there won?t be a PA to plug into – in which case you?ll need an amp.

If you play acoustic guitar in a band that has other instruments like drums, electric bass, electric guitar etc., then you?ll need a larger and louder amp.

Some louder amps in this range will have technologies to prevent or reduce distortion and clipping, when played at high volumes or when playing aggressively.

Even if more than 150 watts might sound excessive, you might need that to produce a loud enough sound that is distortion free and still has a clarity of sound that can accurately replicate the sound of your acoustic.

If you want to play through an amp, then you won?t need that much volume out of your amp – but you will want a quality sound and you might want something with a direct out, if you don?t want to use a microphone.

If you are recording in a live setting, then you might need a more powerful amp.

You may also want an amp with effects such as delay, reverb, chorus.

You can even get some amps that model the sound of other amps and microphones. This can give you a great variety of sound to work with in your recordings.

Of course you might need an amp for a number of purposes. Maybe even all of them. Maybe you practice at home, play small scale shows, have band practice and record.

In this case, if you need an amp for any combination of scenarios, you will either need to buy multiple amps or try to choose one that will suit all of your purposes.

We?ve already touched on some of these in the section above, but let?s take a look at the different features and what you might need vs what you won?t need.

If you are playing anything louder than 40 watts, then having feedback control on your amp is a must really. Getting feedback can be one of the more frustrating things about plugging in an acoustic guitar.

If you have a smaller amp for practice at home, recording or very small venues, then feedback control isn?t likely to be necessary.

Some acoustic amps are designed to take more than one guitar – or another instrument. You can get acoustic amps with multiple channels whose volume, EQ, effects etc can be controlled separately.

This is particularly handy if you play and sing.? You can do both through the same amp and adjust the sound to suit. Some acoustic amps also have XLR connections (for microphones) so you won?t have to buy a converter plug for your mic to make it fit a ?? jack. I?ve found sometimes you lose a lot of quality when using these adapters.

Some amps also have a separate channel with a 3.5mm input so you can plug in your i-pod, mp3 player etc – so that you can play along with a backing track or with a song that way.

You can get acoustic amps with all sorts of effects. The most common being reverb, chorus, delay, compression or even a built in loop function.

Depending on the sound you are going for will depend on the effects that you may be looking out for.

For solo performers, something like a loop function might be a must have if they like to lay down a track and then play over top of it.

Tube amps create a warmer, fuller tone, all else being equal – but you do need to replace the tubes from time to time – and you?ll need to be more careful when transporting the amp (though you should be careful with any amp of course!).

If you are making use of inbuilt effects that make use of a stereo amp, then a stereo amp is best. Otherwise a mono amp will do the job.

I hope this post has helped you to learn more about choosing the best acoustic guitar amp for you. If there?s anything else you can think of that you consider when buying an acoustic amp, please feel free to include it in the comments section below. The more complete this post, the better!

Any other questions or comments are welcome, as always, too.