You are here: Home » How to Remove Guitar Knobs – Top 2 Methods

Well, well, well! You fancy learning how to remove guitar knobs, do you? Perhaps you are wanting to replace those plastic knobs that came with your guitar as standard and that just do not do your playing style and/or aesthetic justice? Or, perhaps you are looking to remove them altogether, for they get in the way of the free flow of your hands in flight?

Whatever your reason for finding yourself here, let me be the first to welcome you and walk you along on how to remove guitar knobs.

Learning how to remove guitar knobs can be a particularly bothersome and difficult task for the aspiring guitarist just beginning their journey, so it is no wonder that dedicated tools have been designed to make the job a whole lot easier. Most guitar knob pullers are relatively inexpensive and can make light work of what can otherwise be a rather frustrating and seemingly illogical task.

The guitar knob puller is perfectly designed to pull off just about any knob you can imagine being on a guitar, whether it be made of wood, metal, and/or plastic, making sure not to damage the knobs nor the finish of the body of the guitar nor the pickguard.

Also, in acting as the intermediary between the user and the guitar’s knobs, it will save said user any pain that might occur as a result of finger skin being pinched and/or nails being pulled back.

The added beauty of the guitar knob puller is that is simple enough that just about anyone could use it. The idea is that you lift the ring atop near the top of the handle and slide the lower parts, euphemistically referred to as the knob grippers, under the knob in question.

Having ensured that the grippers are securely fitted into place under the knob, lower the ring atop until the grippers are firmly held together, using the handle atop to pull the knob straight up and out of its jam, off of the shaft of the potentiometer and into your waiting hands.

And it really is as simple as that; truly anyone can do it, from those just starting their journey on the guitar to those who have been using other means how to remove guitar knobs for years and years. 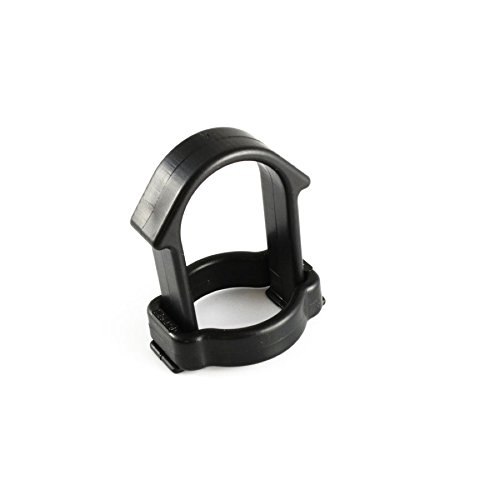 This method of how to remove guitar knobs is likely to be familiar to those who have been around the block a fair few times, and have thus had to make do with other means than the guitar knob puller in their time. And it is no wonder that such guitarists have not sought out other means until now, for it is wonderfully effective and not too difficult to learn nor to master.

For this trick, you will want to find a thin cloth and/or rag from around the house – and will do, so long as it can fit itself under each of the knobs individually. The cloth might get a little dirty, for there is often grease and/or lubricant beneath the hood of a lot of the parts of the guitar, so I would advise not using the kind of thin cloth or rag that you are going to be sore about dirtying.

Especially do not use a parent or carer’s precious linen or handkerchief or something (if people even still use such things), for by doing so you will certainly be rubbing it and them the wrong way.

The idea is that you hold an edge of the cloth taut while sliding it beneath the volume and tone knobs, hopefully being able to continue around the whole circumference until you have it all the way covered from beneath. Now you should be able to bundle the fabric in your hand and pull the knob straight off without any hitches.

If, however, the volume and tone knobs are a little more firm in its rooting to the guitar, do not be afraid to use a little more force (to a point). If it still will not budge, then it might be screwed to the hitching post with a little screw.

So, there you have it! Hopefully, you are feeling somewhat wiser about how to remove guitar knobs and better equipped to do so yourself, whatever the reasons you might have for doing so.

Those new replacement knobs you chose out especially to go with the finish on your steed after learning how to paint a guitar, and with the outfit, you will be wearing at tonight’s gig, will be looking perfect. Equally, the absence of the knobs in question is no doubt the right choice to have made on your part and I hope it serves you well!

How do you take off guitar knobs?

There are a couple of methods one might use how to remove guitar knobs. One requires the purchasing of a specific tool for the job – the aptly named ‘guitar knob puller’ – which works by gripping the knob firmly from beneath and pulling with the requisite force without hurting the user’s fingers. The method likely most familiar to old-timers will be the use of a thin rag slid beneath the knob and wrapped around it, pulling it out of its socket in a similar way.

How do you take the knobs off a acoustic guitar?

Can you remove electric guitar knobs?

Yes, you absolutely can. It is common for a guitarist to want to learn how to remove guitar knobs, either to replace them with others perhaps more befitting of their style or aesthetic or to otherwise remove them entirely if they are getting in the way of the guitarist in question. Guitar knobs are typically removed in one of two ways. The first and most classic is simply to use a thin rag wrapped around the knob from beneath and use force to pull it from its roots. The latter is similar but utilizes a specific tool known as a ‘guitar knob puller’ to do the dirty work.

How do you change guitar knobs?

There are a couple of methods one might use how to remove guitar knobs. One requires the purchasing of a specific tool for the job – the aptly named ‘guitar knob puller’ – which works by gripping the knob firmly from beneath and pulling with the requisite force without hurting the user’s fingers. The method likely most familiar to old-timers will be the use of a thin rag slid beneath the knob and wrapped around it, pulling it out of its socket in a similar way.