You are here: Home » Some Interesting Facts About Acoustic Guitars 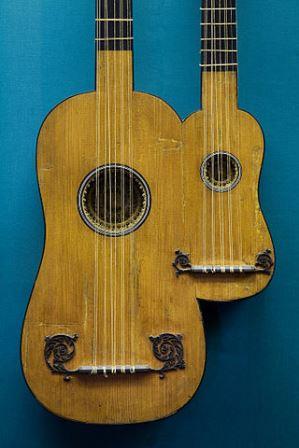 The guitar is the most popular instrument in the world and so I thought I?d put together this list of interesting facts about acoustic guitars to help show the history of the instrument and how it came to be so popular.

The guitar is one of the most versatile sounding instruments in the world, and it has a huge range of sounds, uses and also is in almost every popular song you hear when you turn on the radio. Here are some of the more?interesting facts about the acoustic guitar and its history.

The oldest acoustic guitar is over 3500 years old. It was found in Egypt and was in the court of Queen Hatshepsut; the player was the bard of the royal court and was buried by the queen. The guitar was made of cedar and had three strings as well as a plectrum.

The first instrument that was named ?guitar? went back to the 13th century. The name of the instrument is from Latin and came from the word Cithara. It was in the 1200s that the word was used as it came from the mixture of the Guitarra Moresca, or the Moorish Guitar and the Guitarra Latina or the Latin Guitar. The closest modern version is the Spanish version which showed up in the 15th century; this had 6 strings and was very similar to the modern acoustic guitar.

Guitar Tablature dates back to the 14th Century. Tab was developed for those who could not read music and has a very long history, like traditional notation. Tab was also used by lute players as well as organists in the 14th century. The fist tablature was used by organists. 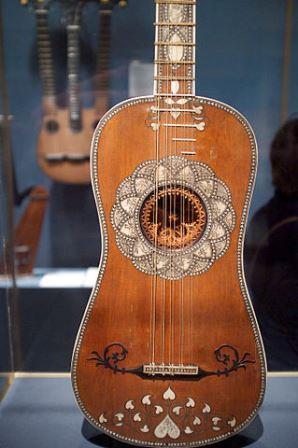 The Baroque Guitar was very similar to the modern acoustic guitar, except that it had only 5 strings. It had nylon string and replaced the Lute as the most common instrument for the home – some time in the 16th or 17th

Guitars were predominantly used as rhythm instruments in their early history. It wasn?t until the 20th century that guitars were also used as lead instruments.

The dimensions of the modern classical guitar were first introduced in the 19th century by and accredited to Antonio de Torres Jurado a Spanish guitarist and luthier.

And Still they Endure…

Acoustic guitars are still some of the most respected instruments in the world and one of the fastest growing instruments for all musicians to learn to play because of their sound, popularity, versatility and portability.

There are many interesting facts about acoustic guitars that could lead to a list that goes on forever.

In Spain, the role of the classic acoustic guitarist is still considered to be at a level of art that is only paralleled with painters and bull fighters. The touch of the guitar for the artist is much like that of the canvas and the brush or the lover and the beloved, it is a process of involvement that means that the listener is able to see and appreciate a new level of sound??

O.k. I?m getting carried away now – but seriously the acoustic guitar has so far enjoyed a storied history and is likely to continue to endure for all of it? qualities. Even in the face of technology bringing all sorts of different music and possibilities there is always a place for a sweet sounding, earthy, raw instrument like the acoustic guitar.