You are here: Home » Top 10 Acoustic Rock Songs: My Picks 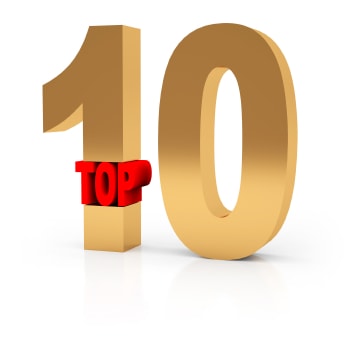 Of course this is about as subjective a topic as it gets, but check out my picks for the top 10 acoustic rock songs (of all time!) and see if you agree with me.

And feel free to chime-in?with your opinions in?the comments section at the bottom of this page.

I have restricted this list to songs that I consider to fit the genre ?rock?. As broad a genre as that is, I don?t consider that it includes some things. For example – I saw a Bob Marley song in another top 10 list. A great song and if I do a top 10 acoustic reggae songs it?s definitely one that I will include – but I wouldn’t consider it rock.

So the songs below all fit in to what I consider rock – though I may even use the term more loosely than some others might like!

This 1972 Neil Young classic had to make the list. Nothing special guitar wise but a great tune all the same.

My girlfriend used to think Mick sang ?Angel? in this song! Regardless of what he?s singing this is classic Rolling Stones unplugged. It was hard to go past Wild Horses but Angie just got the nudge.

Skip forward 20 years and we have Blind Melon?s most popular (only?) track. I think it?s the strange mix of upbeat & melancholy that makes me love this song so much.

O.k. so there?s acoustic and electric in this song but it?s the acoustic sound that really drives the song.

Song: Wish You Were Here

Retreating back into the 70?s now we have probably the most learned acoustic song (maybe after Stairway to Heaven) by rock guitarists – the intro at least.

O.k. I promise to choose something outside the 70?s and 90?s at some point!

I could have chosen almost anything from Nirvana?s MTV Unplugged but All Apologies just gets the spot.

Song: She Talks to Angels

Led Zepp really had to make an appearance here – the question was which song?

I considered a couple of others and finally settled on Going to California. The song is supposedly about Joni Mitchell -?who both Page & Plant were apparently both infatuated with.

The track was originally released in 1987 and had bongos rather than steel drums.

And coming in at #1 is Alice in Chains? No Excuses. A great track that really is at its best unplugged and unencumbered.

Also if you think anything doesn?t belong here or of any song that is a travesty to leave off the list also mention it in the?comments below. I might just bring it in if I think it can unseat any of the current songs.