You are here: Home » Top 20 Quotes About Guitar 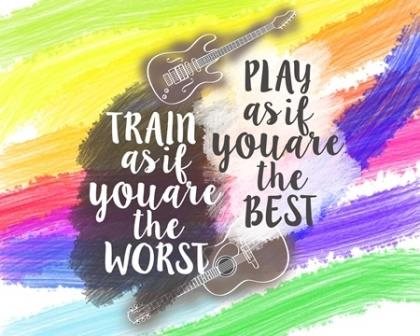 Below are 20 quotes about guitar from some of the most influential guitarists in guitar history.

Most play guitar because it’s something we love to do. It brings personal enjoyment and enriches the lives of others. Most of us study the habits and methods of great guitar players of past and present, hoping to understand how to achieve what brought other guitarists such winning success.

One of the things that can be learned is practice, hard work, and pouring heart and soul into music. Even soulful guitarists need inspiration that help learn new realizations about our craft. Learning from others can be inspiring. The following guitar quotes will help you learn, reach deeper, and energize you to keep going.

Jimi Hendrix is considered by many one of the best guitar players who ever lived and remains unmatched.

George Thorogood created a high energy sound that energized his audience as his lyrics spoke to them about life.

You can?t rely on luck. I?ve sometimes in my career when I said we were going to wing it, and we?ve always ended up in trouble.?

Give me a guitar, give me a piano, give me a broom and string; I wouldn’t get bored anywhere.?

Eric Clapton, a rock and roll, and guitar legend, established a distinctive style from early in his career.

When I look for what I?m going to listen to I go backwards. I?m always going the other way you see. Most people are trying to figure out ?how do I get in the fast lane going that way??. I?m going in the other direction. I wanna find the oldest thing to do.?

Joe Pass was a jazz guitarist and is considered one of the greatest guitarists of the 20th century.

You have a whole collection of musical ideas and thoughts that you?ve accumulated through your musical history plus all the musical history of the whole world and it?s all in your subconscious and you draw upon it when you play?

I try to practice like a well-rounded regiment of things where I can kind of do whatever I wanna do and I also have to practice the actual songs to keep that under my fingers as well.?

B.B. King is considered one of the most influential guitar players of all time, spanning the longest career in rhythm and blues.

People all over the world have problems, and as they do the blues can never die.?

I had struggled with alternate picking for a very long time. I never thought I could do it.?

Forget about every other lesson in the book. You have to be able to tap your foot or else none of what you doing you are not gonna have any control of your symptom.?

Listening is the key to everything good in music.?

I grew up thinking art was in pictures until I got into music and found I was an artist and didn?t paint.?

Pete Tounsend is the guitarist for the band, the Who. He was instrumental in developing feedback in rock guitar, and for first using a synthesizer as an instrument.

Everything that I had done creatively related to two or three incidents that happened to me as a child that I had forgotten. Everything, absolutely everything.?

Jimmy Page is best known as a guitartist of Led Zeplin and solo artist.

I always believed in the music we did and that?s why it was uncompromising.?

John Meyer is a solo guitarist and singer.

Who I am as a guitarist is defined by my failure to become Jimi Hendrix?

John Jett is a rock and roll guitarist, best known for Joan Jett and the Black Hearts.

My guitar is not a thing. It is an extension of myself. It is who I am.?

Nuno Bettencourt is known for his guitar playing, singing and producing. He is lead guitarist of Extreme.

If you play music for no other reason than actually just because you love it, the skills just kinda creep up on you.?

Larry Carlton is a solo guitarist, and previously a member of The Crusaders and Fourplay.

I want to figure out how I can make the most important statement with the least amount of information, so I don?t run out of ideas by the time I get to my second or third chorus.?

Slash is best known as the lead guitarist of Guns And Roses.

I had no aspirations to be a musician, but I picked up a guitar for two seconds and haven’t put it down since.?

Every July, August and part of September I escape of the guitar, I escape of Paco de Lucia and I go to Mexico to the Carrabian. I have a little house there where I spend two months listening to music.?

Scott Henderson is a jazz and blues guitarist and worked with Tribal Tech.

For me, the ultimate form of expression is blues, where jazz appeals to me on an intellectual level.?

That?s 20 quotes about guitar that I found ? what?s your favorite guitarist quote. Would love to hear some more ? just leave a comment in the comments section below.