You are here: Home » Are Zager Guitars Any Good? The Truth Will Surprise You

Have you been overwhelmed with information by the legendary Zager guitar company and want to get the inside scoop? Have you been reading Zager guitar reviews and found yourself a little confused about what it all means?

Then step right up, for today we will be exploring some of the things that set Zager guitars apart from the rest.

The History of Zager Guitars

Before jumping into any Zager guitar reviews (of which there are many already online), it might be worth checking out the storied history of Zager guitars.

The company responsible for them, Zager Guitar, is run by Denny Zager Sr and his son Denny Zager Jr. The former was once a touring music who saw most of the world with his band Zager & Evans, supposedly selling millions of records with a #1 song titled ‘In The Year 2525’.

After transitioning to teaching guitar when his dream of pop stardom became impossible to maintain he created his own unique system of zager guitar tutoring that can still be learned today.

Being a seasoned musician both in terms of performing and tutoring acoustic guitar and electric guitar over several decades, Zager Sr noticed several aspects common to the guitar playing experience that seemed to make the ability to play guitar more difficult.

Over time, Zager made several adjustments to existing guitars of his own and others to make them more playable in his eyes, supposedly redefining a ‘quality guitar’ within the larger context of the guitar industry. Combining all of this self acquired knowledge of guitar design and playability into his own craft, he decided to start his own company that would prioritize precisely these things in the construction of their own guitars.

‘In the mid 1990’s with the advent of the Internet Denny’s son (Dennis Jr.) came up with the idea of creating a guitar web site where players of all levels could learn from his father’s 50 years of experience via a library of videotaped guitar lessons. It would also give players the opportunity to try Denny’s custom guitars.

The web site was an immediate hit. Players from all over the world began learning from Denny “online” and ordering his guitars.

Denny attributes the success of his business to the 30 years of fine tuning he did on his inventions helping thousands of players locally.’

Regardless of any of the questionable ethics of the company with regards to the advertising of their brand, there seems to be no question about the way the guitar plays, whether that be a Zager parlor guitar, a Zager travel guitar, or otherwise.

Here are some reasons the Zager family is oft considered above other similar manufacturers, like Taylor Guitars.

Contrary to the design of the Taylor guitar which is altogether rather ubiquitous in the guitar market, Zager guitars come equipped with a slimmer necker that is easier to wrap the hands around. This, however, is not where the story ends, for these very same necks are also slightly wider than the norm, meaning that there is subsequently a custom string spacing between the strings on the fretboard.

Gone is the issue of there not being enough string spacing to put all your fingers onto the fretboard without touching other strings inadvertently, without sounding out other notes or scraping along the strings accidentally.

Unlike other guitars – including my own parlor guitars – the Zager guitar is not only a beautiful guitar per design but it is also created with a far lower action than can usually be found on normal types of guitar. Though a point of contention among many guitarists, it is broadly agreed that a lower action on a guitar is equivalent to an increase in playability as there is far less resistance to the fingers and the movements of the player.

What Zager does differently is an attempt to ensure that there is no fret buzz, something that a guitar with low action is more or less breeding within its womb.

Thanks to the unique bracing system present on Zager guitars, less pressure is required on the string to sound out the required note(s). This is in part connected to the action, providing a holistic experience of comfort and ease.

All in all, this makes it easier for a professional musician to play for longer in the eye of the public and in front of the muzzle of a microphone, as well as making it easier for a beginner to get started without feeling brutalized by the pain. Precautions like this can also go some way to preventing the development of carpal tunnel syndrome late down the line.

As previously mentioned, the Zager features a custom string spacing thanks to the thinner neck and wider fretboard. This means that the strings themselves are placed slightly further apart and thus easier to press down for the desired sound. Chords are, thus, much easier to play, especially those pesky barre chords which can prove so cumbersome to beginner guitarists who have thus far only been acquainted with cowboy chords.

The difference is only fractional, mind you, but the difference will be of note to any who have found these things difficult previously.

Thankfully, you can adjust the height of the strings relatively easily compared to other guitars of a similar ilk, meaning that the experience is simple and customizable for anyone, including those who are not necessarily as savvy with guitar tech and such.

If all of that was not enough, all of the guitars go through the hands of Denny Zager Sr himself. The guitars might be constructed by other employees at the company, but they are quality checked by the man himself, hence the high price point. 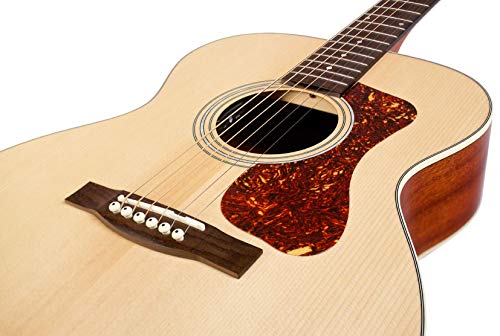 So, there you have it!

Hopefully, you are feeling a little more clued up about Zager guitars and perhaps able to make a decision on where exactly you stand on them. Who knows, maybe you have even decided upon investing in one yourself!

This remains to be seen, though they certainly have a lot of good features that set them apart from a lot of other manufacturers who seem to copy a whole bunch of their competitors in an attempt to cover as much of the market as possible. Lowered string height and wider fretboard make for a subtly more comfortable experience; and each of the Zager guitars passes through the hands of the owner himself, Mr Denny Zager Sr.

Where are Zager Guitars actually made?

Though Zager guitars are played far and wide, held by the likes of Tommy Emmanuel (a native of Australia) for example, they actually have their home in the midwestern region of the US, calling Nebraska their home. They are specifically based in or around the city of Lincoln, the capital city of this state. With a population of 292,657, it is the 73rd most populous city in the United States; initially founded as the town of Lancaster, it was renamed after President Lincoln and became Nebraska’s state capital in 1869.

This remains to be seen, though they certainly have a lot of good features that set them apart from a lot of other manufacturers who seem to copy a whole bunch of their competitors in an attempt to cover as much of the market as possible. Lowered string height and wider fretboard make for a subtly more comfortable experience; and each of the Zager guitars passes through the hands of the owner himself, Mr Denny Zager Sr. So, in a way, they are easier to play, even if that ease is purely at the thought that they have gone through the hands of a living legend before reaching you.

What gauge are Zager strings?

From the mouth of Denny Zager Jr himself: ‘My father sets up all of his guitars with our own Zager brand custom light 11-48 gauge but we have customers using all brands and gauges with excellent results. We do have many customers who were users of other brands move to the Zager brand after using them as they’re specifically designed by Denny exclusively for his guitars.’ 11-48 is a pretty standard range of string gauges for an acoustic guitar, though this should not matter too much as the string height itself is adjustable on the fly.